There are two commonly accepted versions of the Seven Summits: Carstenz and Kosciuszko. Many had considered the idea, but in the 1980s, two climbers undertook the challenge. The mountains on six continents were the same; however, when it came to Australia (which was American Dick Bass’s objective), Canadian Pat Morrow went for Carstenz Pyramid in Indonesia (Oceania). There continues to be much discussion as to which version is the true “Seven Summits”, and many climbers will climb both versions just to ensure that their “bases are covered” – myself included!! 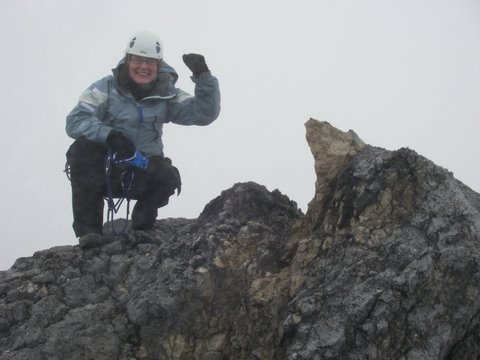 In December 2007, she got all the way to Jakarta, but upon arrival, a bit of unrest in the region forced Meagan and her climbing partner to halt the expedition.

Not one to give up so easily, Meagan returned to Indonesia in late December, and this time managed to fly to the island of Papua. After a wait in Nabire, she and the team she was part of made it to Carstenz Pyramid Base Camp. Carstenz Pyramid requires a bit of technical climbing knowledge. In addition, the cool wet weather can be challenging if you’re not ready for it. On 6 January 2008, 0810hrs – Meagan and her guide, Denny, summitted Carstenz Pyramid. This was her guide’s 35th summit! Two of her teammates also summited!

Completion of both versions of the Seven Summits will now enable Meagan to focus on her true love – extremely high-altitude mountaineering. Stay tuned for more news on her future climbing adventures! 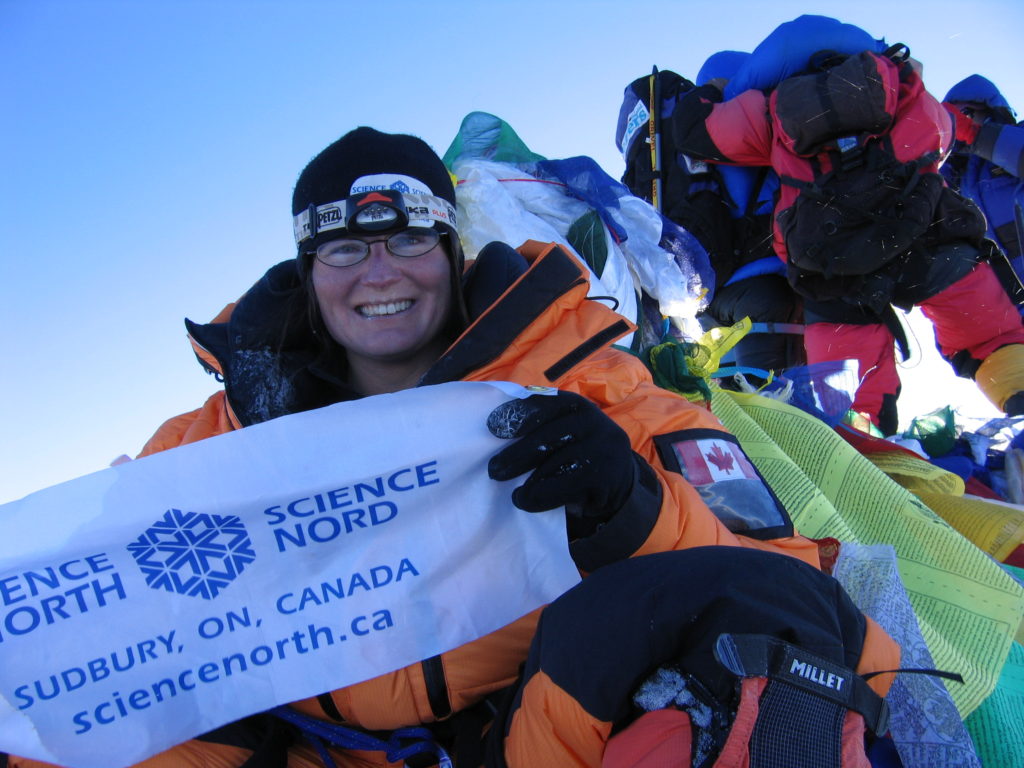 “It was the most fun I’ve ever had on expedition! I’m very grateful that I had this opportunity, and I look forward to future climbing expeditions, as well as participating in other adventures!” 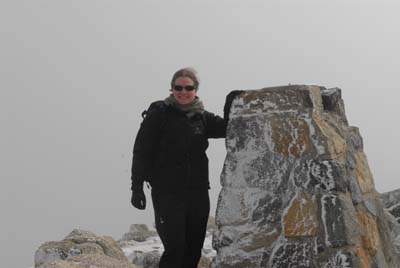 Mount Kosciuszko is a relatively small mountain, especially compared to its other Seven Summit counterparts. However, it is a mountain, and must be respected as such. When Meagan McGrath attempted this mountain, she went prepared with the proper clothing and equipment. This was wise, as the weather during the trek was cool (there were flurries) and the wind was strong. 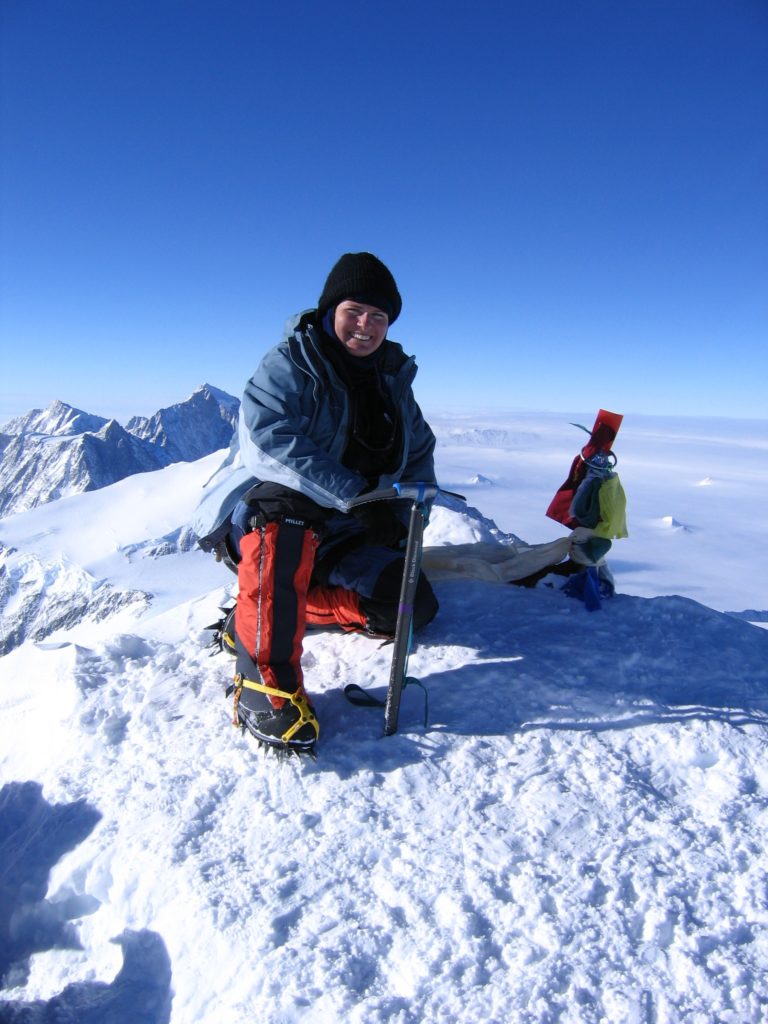 Meagan McGrath summitted Vinson Massif on two occasions:  in December 2004 and January 2016. Vinson Massif is the tallest mountain in Antarctica, at an altitude of 16,066 ft (4897m).

Vinson Massif is located in the Sentinel Range of the Ellsworth Mountains. Vinson Massif is not a technical climb, but because of Antarctica’s extreme environment, climbers must be prepared and cautious.

Climbing in Antarctica was a spectacularly beautiful experience. It was a special privilege to be able to climb in the Antarctic environment – truly a land of ice, snow and endless beauty.

On her second climb, Meagan was invited to be the Soldier Team Coach on the True Patriot Love Foundation expedition.  The team was large, the group was great –  a most unique and exceptional climbing experience. 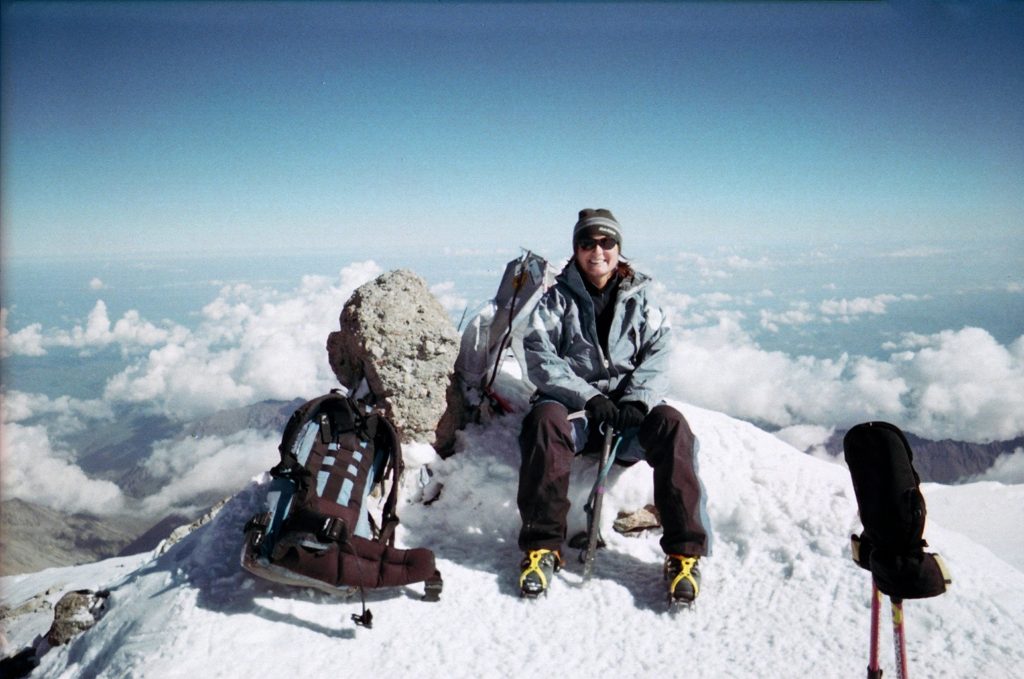 Mount Elbrus is on the mountainous border of Russia and Georgia, and is located in the Caucaus Mountains. The climb began in the Baskan Valley, a fun region that offers all sorts of activity – indoor and out! The climb to the summit of Mount Elbrus begins with a ride in a ski lift, and then it’s all physical effort after that! 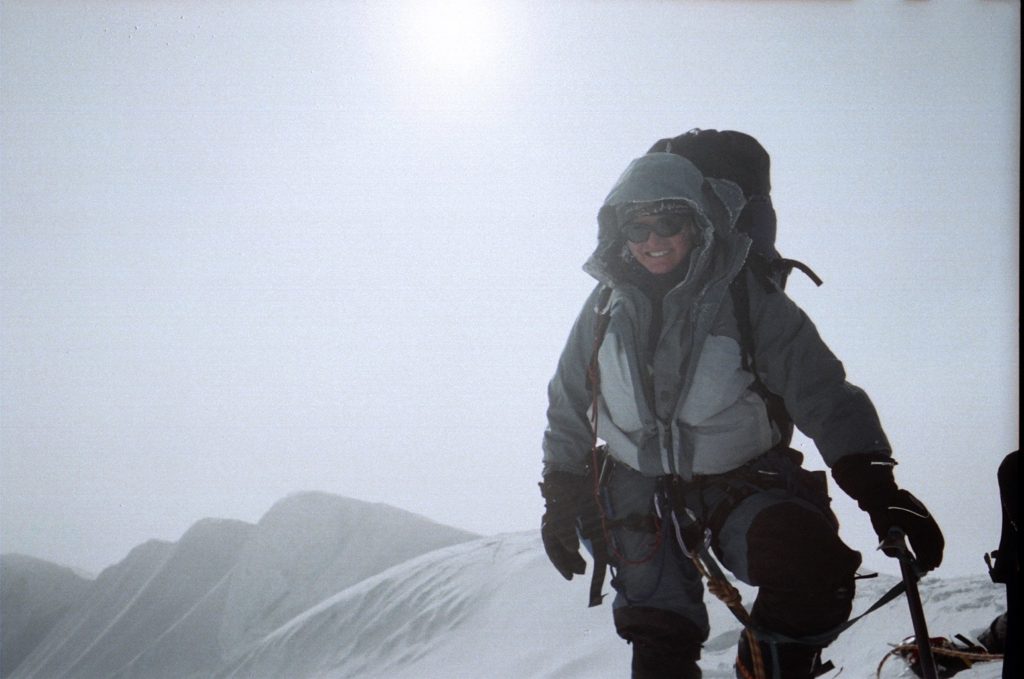 Mount McKinley (or Denali, as it is also known) is located in Alaska. It is a cold mountain that has arctic conditions and readily prepares a climber for future colder climbs. Meagan McGrath summitted McKinley via the Upper West Rib.

One of the interesting features of climbing Mount McKinley, while Meagan McGrath was there, was the ski-jumping activity that took place at Advanced Base Camp, an elevation of approx 14,000ft. You never know what type of activity you’ll find in the thinner air! 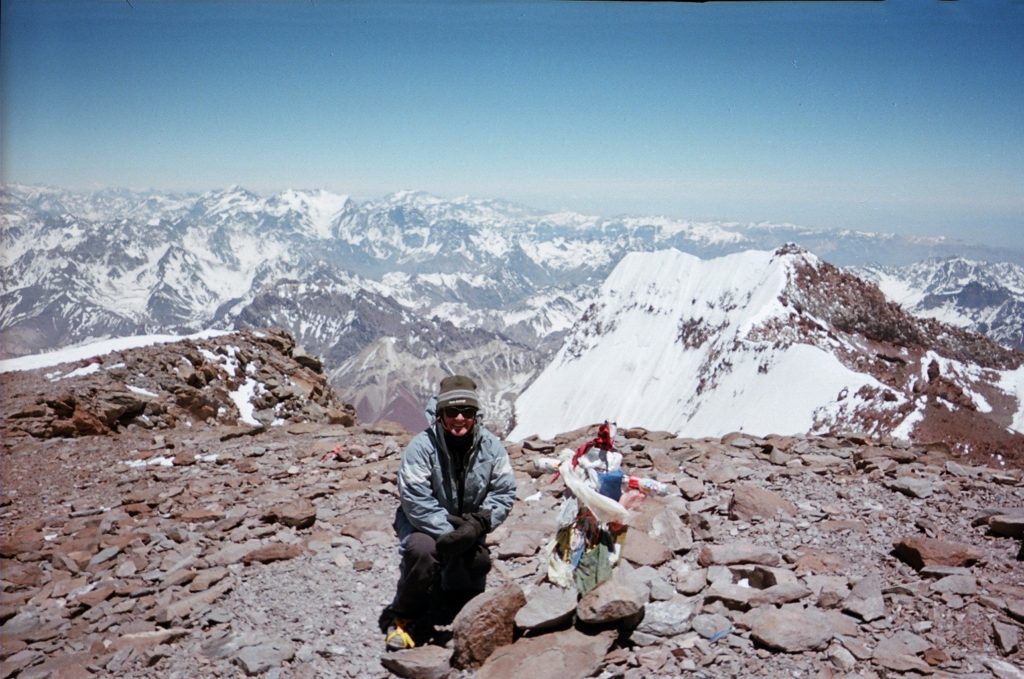 Meagan McGrath climbed Aconcagua in December 2002. Aconcagua is the tallest mountain in South America, at an altitude of 22,841 ft (6962m).

Aconcagua is located in Argentina, and is the highest mountain in outside the Himalayan mountain range. It is a dry environment, similar to the Himalaya. Meagan McGrath summitted via the False Polish Route.

Many climbers climb Aconcagua to establish their performance in preparation for more difficult climbs in the Himalaya”! 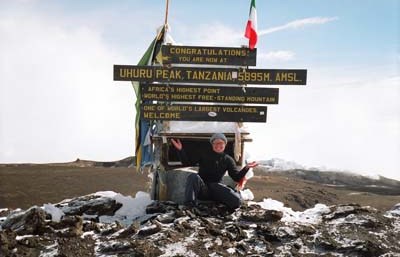 The team successfully summitted the “Roof of Africa” in August 2008!

Kilimanjaro is located in Tanzania, Africa. Typically, the departure city for climbing trips to Kilimanjaro is Arusha. Many climbers regard Kilimanjaro as an appropriate mountain for an introduction to high altitude mountaineering. It is not technical, but a climber will likely feel the effects of altitude near the top. The last few hundred meters may test some climber’s limits of their physical and mental endurance. No matter what elevation a climber attains, it is that person’s sense of achievement and of having pushed themselves to their personal limits that is the reward.