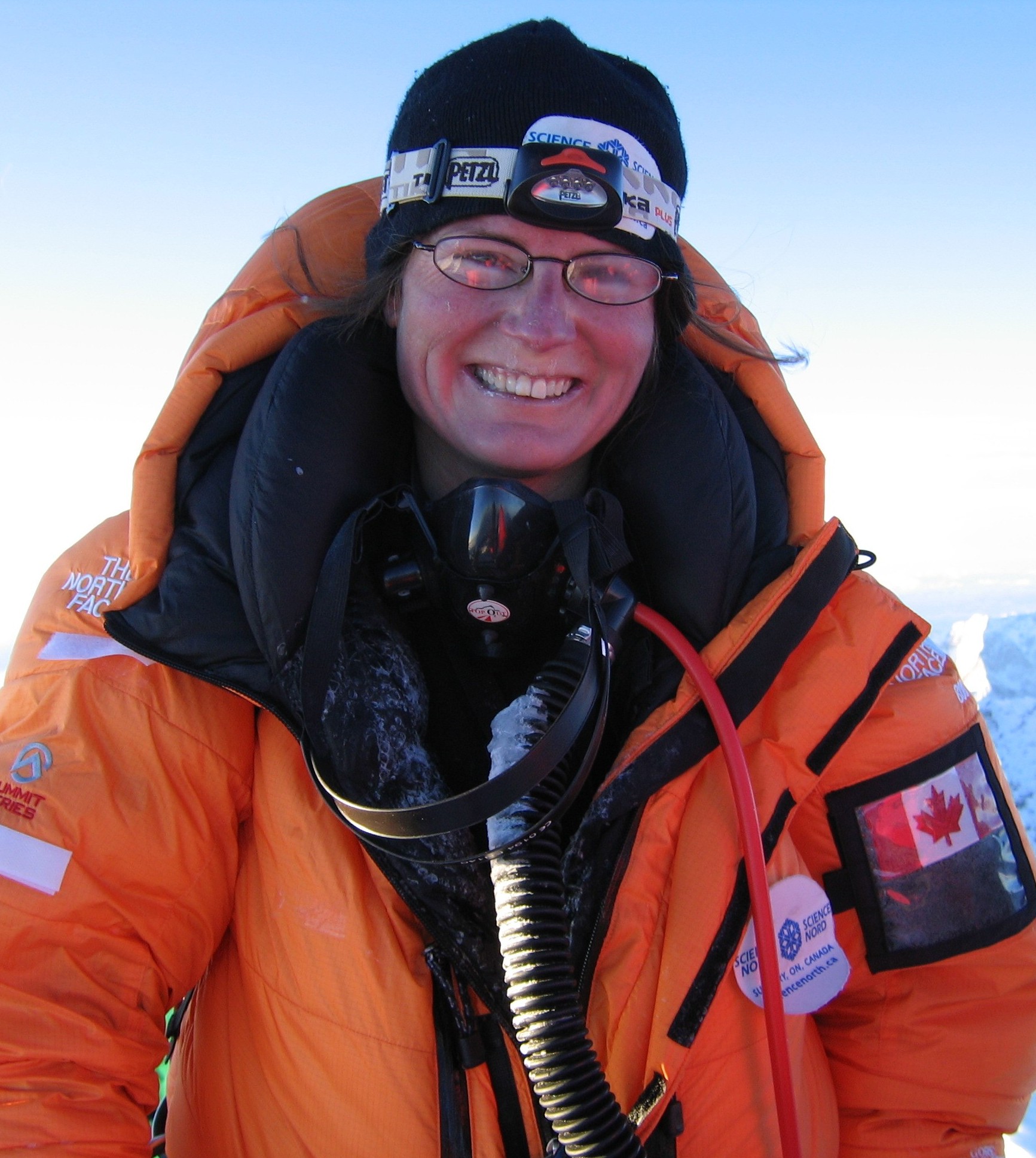 Since 2002, Meagan McGrath has climbed many peaks throughout the world. In May 2007, Meagan summitted Mount Everest, achieving her goal to climb the Seven Summits – the highest peak on each continent (Kosciuszko version). In January 2008, she became the First Canadian Woman to summit the Carstenz Pyramid version of this mountain challenge, becoming the only Canadian woman to achieve both versions of the Seven Summits.

Mountains are Meagan’s passion, but she has always had a fascination with desert environments, both hot and cold. In January 2010, Meagan completed the first Canadian Solo Ski to the South Pole. Travelling over 1095km in 40 days, she hauled a sled weighing just over 200lbs across a vast area of Antarctica.

Following her polar expedition, Meagan embarked on a 7.5 month journey to the Himalayas, where she attempted to climb 5 great Himalayan peaks. A test of her skill, daring and humility, Meagan applied her skills to succeed and to return safely home. She successfully summitted Lhotse, the 4th highest mountain in the world, and in November 2011, reached the peak of beautiful Ama Dablam.

Meagan continues to adventure; climbing mountains, planning and undertaking jungle expeditions, and exploring Canada’s North.  In 2018, she had planned her return to the Himalayas, but an unexpected journey will take her abroad for a while, and she’ll continue her high altitude climbing adventures in 2019.

As she pursues her love of adventure, she will always return to the mountains that she loves and safely reach their peaks.